The history of our company reaches back much further than the 1st January 2013. In fact it reaches back to 1884 where the company was established in Copenhagen. During the first 100 years the company concentrated on sales of raw materials and chemicals to the chemico-technical industry and the paint and varnish industry. In the 1980’ies the company extended its activities to comprise sales of ingredients and raw materials to the food and feed industries as well.

Over the decades the company has developed its competences and knowledge also within the areas of transport, logistics, quality, legislation, and documentation, and in 1997 the decision was made to acquire WM Specialfoder in Hedensted, and with this company own production of processed cereal products to the feed industry was added.

In 1998 the headquarters of the company was relocated to Hedensted, and in the succeeding years the company expanded rapidly, and Thomas L. Nielsen, who had joined the company in 1999, became co-owner.

The name and address of the company has been changed during the years but the trading mentality has always been prevailing and the concepts of sound business practice, personal relations, confidence and integrity have always been a main characteristics of the company and still have a high priority.

In 2006 a major restructuring of the company took place. The company was divided in three strategic business areas: Chemicals, Consume and Agro, and the company name was changed to R2 Group. The expansion continued and the possibility of following the growth strategy of the company was secured by selling off 50 % of the share capital to an equity fund.

To secure optimum focus on all business areas it was decided as of the 1st January 2013 to make a split off of R2 Group and make the agro division an independent company – and thus R2 Agro came into being. 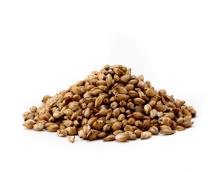 In addition to our core value

- to create value - we are acting according to the following four cultural values in our endeavors to fulfil our MISSION and come closer to our VISION:

We act professionally and signal quality in everything we do. We hold the necessary qualifications within our business areas, and we continuously seek to improve our skills and knowledge.

We believe that each individual is able to take responsibility of planning his/her own work day. Therefore, we practise freedom of responsibility in our everyday work, but we are always available for sparring with our colleagues.

We stay up-to-date on market developments and product trends and base new initiatives on our knowledge. We are proactive, innovative and willing to act as pioneers within new areas. Our flexibility enables us to make quick decisions.

We focus on people - both our external partners and our colleagues. We make it a priority to maintain and develop close personal relationships on all levels. This is how we gain our knowledge and are able to create value for our partners.